My friend Nan gave me an article to read called "Looking Back at Needles,". It was written by Jean Surrey in a UK publication called Fabrications. It was pages long ( illustrated) and very interesting. I guess I tend to take needles for granted, but throughout history they have been much more prized, than now.
Has anyone been to The Forge Needle Museum at Redditch?
I have another article I have kept from our local BOP Times in 2006. It was about old needle books that had been donated to our local Museum.
Do any of you have old needles; needle books ; needle cases? 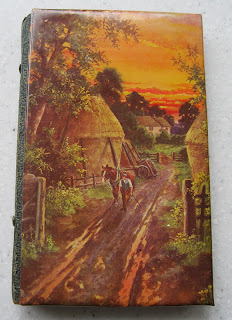 I have just one that is old. It is homemade. It was sent to my late Father in Law when he was station at Ohekea then overseas during the WW2. It was made for him by his elder sister. This is the cover. Inside it has a sticker from the packet the needles came out of( I suppose ). 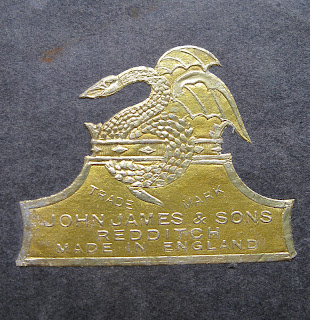 It is the trade mark of John James & Sons - Redditch - Made in England.
The needles themselves are a bit rusty but mostly still there. 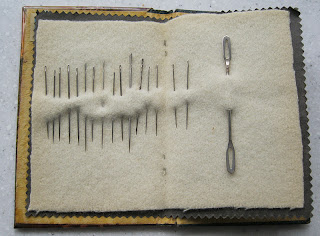 The big one on the right is interesting - it is obviously for threading . This is 70 years old. Has anyone else got any interesting old family treasures like this?
While on the subject of needles this was sent to me by Laurie some years ago and shows with increased magnification how a needle that appears sharp to the naked eye is in fact rather blunted and dull. It serves as a good reminder to change my machine needle ( or hand sewing needles ) often.  Some ladies change  after each project is completed - I tend to forget unless I break a needle.

How sharp is your needle?
**************
Tomorrow I will show how the grass has grown and talk more about the MV Rena on the rocks off our coastline. No doubt some of you are seeing the latest awful footage on the TV or Computer News.
Posted by Ali Honey at 2:43 PM

I was reading about the MV Rena just a while ago.....dreadful. In my sewing 'stuff' are many things which belonged to my grandmother and one of her sisters - it's a link with them.