A "BIG" ship sailed through the Tauranga harbour yesterday ( sorry Elizabeth Matterson - old English Rhyme ) Along with many other spectators we watched the Aotea Maersk container ship arrive from South America. 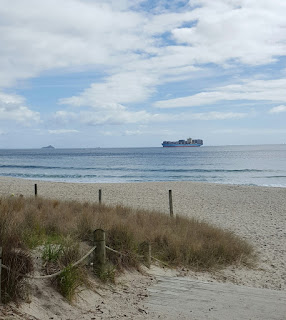 When we arrived it was out to sea off the Mount beach.
It was travelling at speed so I we didn't have time to walk around the mount...I ended up sitting on the grass in Pilot Bay to see this appear from behind the Mt. 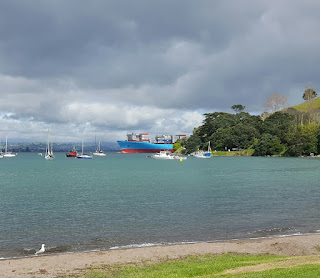 It rapidly made it's way across the inner harbour to the wharf on the other side. 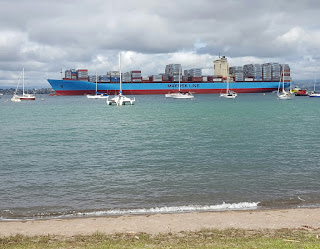 It is the largest container ship ever to enter NZ waters.( or Australian )  It can carry 9640 containers!
It was loading up after it arrived and during last  night and taking off for Asia during the early hours ( less than 24 hour turn around...no wonder Tauranga Port is # 1 in the country! ) 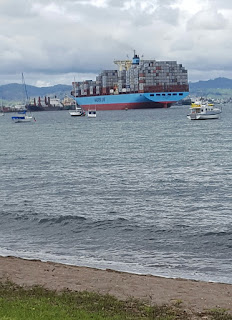 Apparently it is going to be a frequent caller to our port from now on. 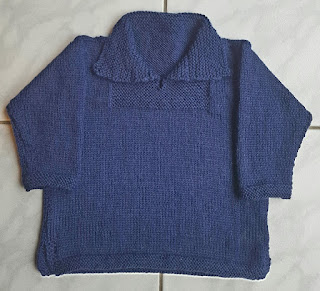 I got this wee navy Jersey ( Debbie Bliss pattern ) finished and sent off to Grandson, who by the way is one today! 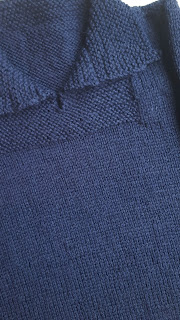 It is a super pattern to knit. All the stitches around the neck are kept on stitch holders so no picking up. It was a lovely soft  4ply merino wool. 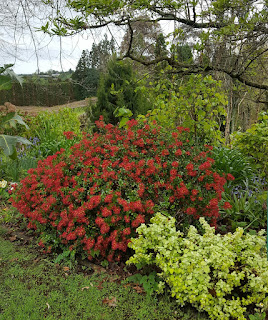 The constant rain has trashed so many of the more fragile flowers in the garden but not this NZ native Rata bush. On the close up pools of nectar can be seen...The Tuis know about it. 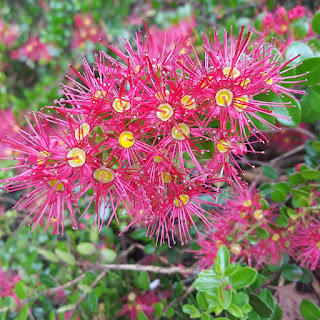 The bush wobbles when they land in it but that doesn't deter them they just grip on and keep licking.
In my next post I will show how well my little free seedlings are doing.