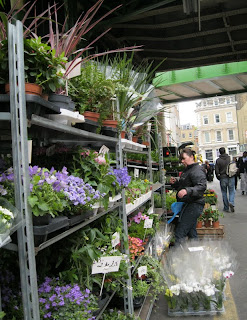 Exploring the markets (  I think they are called the borough markets ) was fun. While the blokes liked the foodie stalls my favourites were the plants stalls. 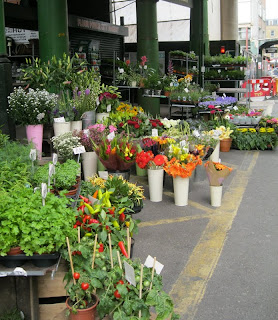 One could spend many hours being entertained on the South Bank of the Thames. R took lots of photos of beautifully restored old vehicles being used as coffee carts or by ice cream vendors, but what took mt eye where these. Huge bubbles being blown by the chap on the left - see the huge wire he is dipping into the soap mix. Kids of all ages were chasing the bubbles and having a few minutes free fun. 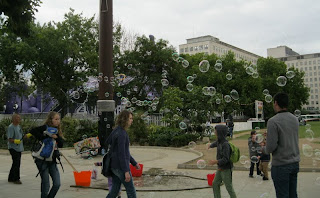 You couldn't miss the frogs on bikes they were bright green and pedaling well. 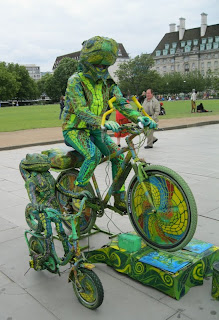 There was a very ornate carousel too. 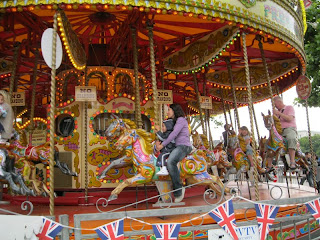 Ornate springs to mind too when recalling the ceiling in the restaurant in the Victoria and Albert Museum. ( the food there was the most expensive we bought anywhere, no wonder most of the older folk sitting around us just had a scone and a cup of tea.( I guess they have to pay to keep the ceiling clean ) 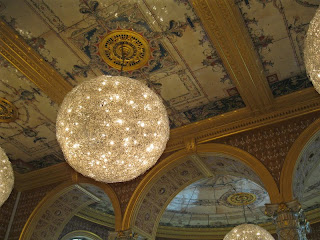 While we only saw a fraction of things on display at the V & A, if they had said you may pick one thing to take home it would have been this. 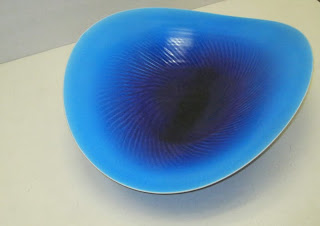 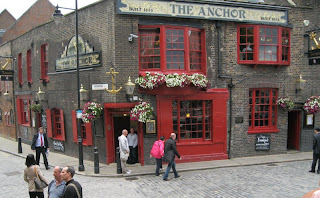 Of all the pubs I saw this one was the best presented in my opinion. 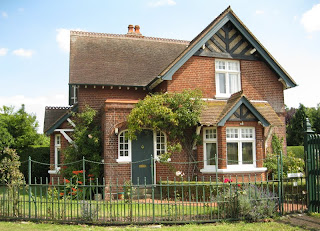 ( there was an amusing sign outside saying  -No there is not a public toilet available at this site )
Somewhere else I liked was having lunch in the sun at Greenwich. ( very nice it was too! ) 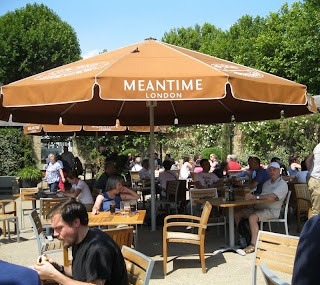 Of all the photos taken on the Thames this has to be the most often taken surely. Tower Bridge. ( it is the easiest one of all the bridges to remember, being quite distinctive. ) 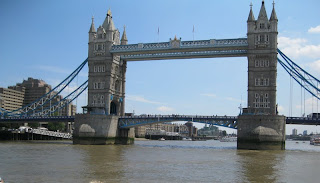