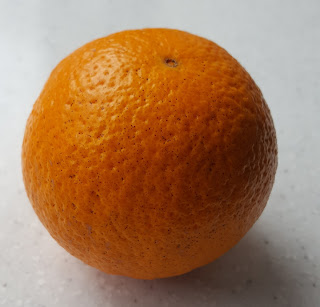 Our orange trees have a good crop on them this year. They do not ripen completely till late September  but many are dropping on the ground. They are Franklyn Navel variety. Seedless and very sweet. I have made this tried and trusted recipe twice recently. Once made the muffins keep well in a container in the fridge for several days.. A good standby as we have had 2 lots of visitors in the last few days and I was able to produce something tasty to eat. Here is the recipe. 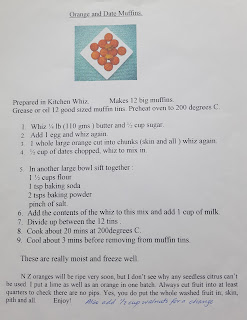 ( should enlarge if you click on it ).
Before putting the whole unpeeled orange in the kitchen whizz cut to to make sure there are no pips. 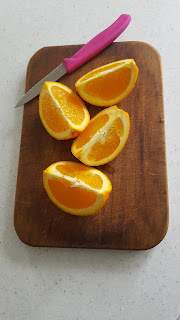 Ordinary dates work just fine and are a quarter of the price of Medjool ones , so I use them for this recipe.

Have you ever started something and later wished you hadn't?
It doesn't happen to me very often but this week I realised that several years ago we purchased a paper shredder to turn our used accounts and financial documents into shredded paper that could be used as mulch. It turns out unless one is prepared to do a few each day( fat chance ) the machine is far too slow ; overheats and will not tolerate staples so they have to be removed first. I think an industrial sized one was what we needed.
The second thing that I feel has been a waste of my time is my worm farm. Yes I get containers of worm wee that do not appear to make plants grow better than other things. After several years I am still only using the second tray. Where is all that lovely worm caste / soil it was going to produce. Maybe I am doing something wrong....there are lots of healthy worms so it can't be too bad a place to live and breed.
The 3rd thing we bought that was not fit for purpose was a juicer. Enough said I donated it to the charity shop. Again we needed something with grunt ( we have one now )

On a brighter note I have been in the garden! I have never had so little ready to use. But it has been a very wet Winter. 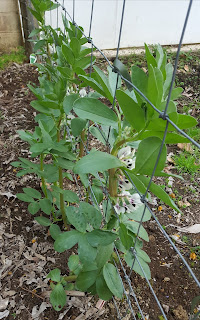 My 6 dwarf Broad beans are flowering nicely so I hope I get a crop. Years ago we grew regular sized ones that grew to 7 foot tall and were difficult to pick and blew their fence over in the wind. These wee ones get to 80 cms high ( they are already ).
When I got up this morning I announced in a loud voice ( so I had a witness )  that if the sun appeared today I would prepare the herb garden for a second bed of strawberry plants. ( mainly so there are plenty for Grandson to find to pick in the Summer )
Sure enough straight after lunch the sun appeared.
Two and a half hours later it looked like this! 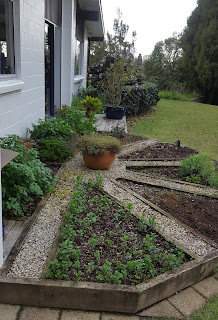 Several slugs and 8 fat snails found the bottom of my gumboot. I left them on the grass for an observant thrush to find and eat. Some were hiding under the overhanging thyme in the big pot.
Tomorrow I will purchase a few new strawberry plants. 5 have grown for free in the chip path and I can transplant those too.
It is now raining again! Glad I grabbed my chance in the dry.

Some Lovely Show and Tell.

Having been unwell for the last 10- 12 days it was great to be back among friends at Patchwork and Quilting yesterday.
There were many many quilts members had finished to share with us. These 3 are my favourites. 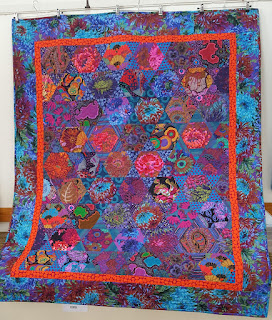 Liz M made this bold bright mainly Kaffe Fassette fabric quilt. She did not add the mustard coloured border Kaffe advised but opted for this floral which really worked. It was the thin bright watermelon coloured border that made the quilt sing. Wow! Lots of fussy cutting involved with the blocks. 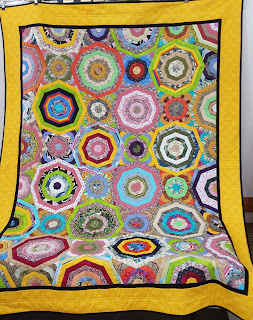 Believe me this quilt is hours of work.

Also hours  of work, make that years of work was Ruth W's all hand pieced and  hand quilted, king sized lozenge quilt. with a wide red border.
Ruth can't remember when she started it but I know she was making it when I first met her so that is 12 years ago. 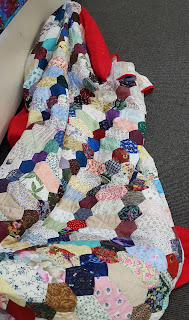 *****
Also making progress is my Sew Many Flowers Quilt. 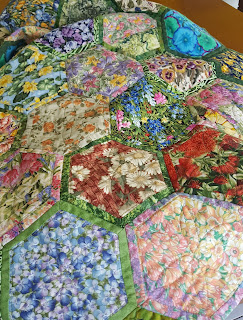