It's Better in the Garden.

This morning it was better in the garden than in the house because 2 blokes came to install  an HRV System and they had ladders and tools and bits and pieces everywhere. They also turned the power off so that was limiting. 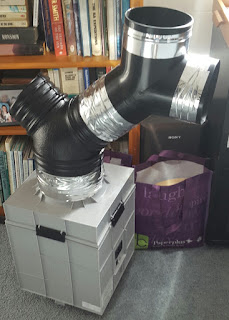 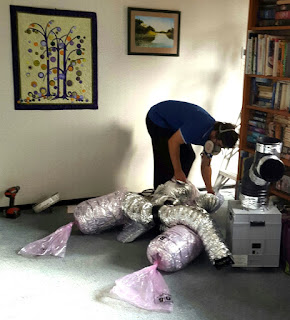 Making holes through the wall.

It took them less than 3 hours to put vents to 4 rooms and vents to and from the lounge which will be the heat source. They also changed the bathroom fan which vented into the ceiling cavity to a new quieter one that vents to outside.
I will report back on how it works. Mostly it is for Winter heating, not Summer cooling.

So while I was outside I took photos. 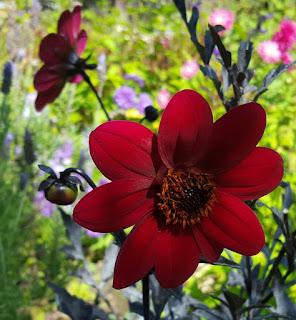 This dahlia has  velvet petals and Black foliage. 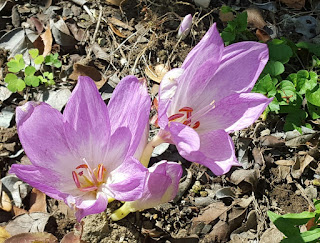 The first Autumn Crocus are out ( or are they colchicums ? ) 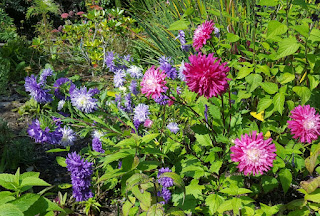 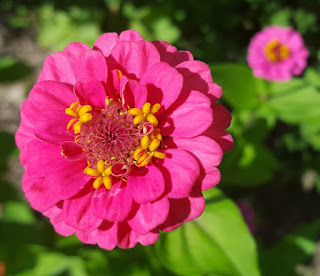 I am still trying for the perfect shot of Monarch Butterflies on the zinnias. Why do they like them so much?

Oh the joys of workmen in the house. It will be so worth it when the cold weather arrives. Your garden is lovely and colourful. I love the deep colour in the dahlia.