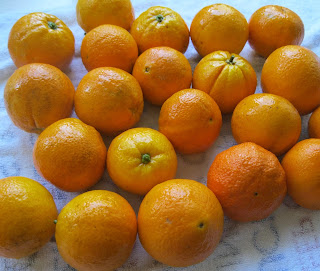 Fresh orange zest was called for in my Christmas cake recipe, so I walked to the home orchard and found some lovely juicy late oranges. R used the rest to make another batch of ( his now getting famous with the neighbours ) marmalade. 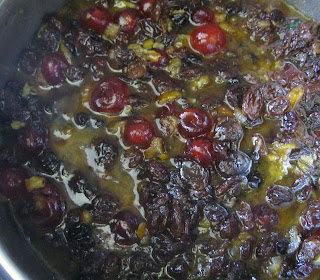 This is now cooked as one small cake and a loaf. I find making smaller sized cakes or loaves a good option for housing in containers and for sharing with others( give away ). I will probably make another lot in the next few weeks.
This is a simple and wonderfully moist cake having a cup of orange juice in it.( I used to use a recipe that have crushed pineapple that also kept it moist ) but I like this better and we have our own oranges. 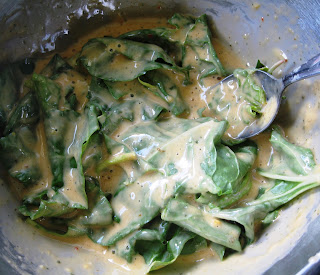 We have far too much silverbeet needing to be used as it all now wants to bolt, so I have been making this.
Battered beet leaves.
Make any thin batter mix and season it well with herbs ( Thai spice mix works well ) Pull out the small pieces of leaf( that you have ripped up )and lie it flattish in a pan  & quickly fry in olive or avocado oil. It only takes about 2 minutes each side and comes out crisp. ( it is messy to make - use your fingers )  It does not stay crisp so eat immediately. Great as a starter finger food.
I would recommend this as a way to get kids to eat silver beet.
*******
I have been doing hours of gardening and watering has now become necessary with new plantings. Today I weeded last year's wildflower patch. Some plants have self sown so I left them to anchor the small sloped patch. Some time during the Winter heavy rain washed gravel off the drive beside it down onto the garden. I have left that as it can't get any fuller. When I had most of  the weeds out I scattered 5 different packets of wildflower seeds . Most had been gifted to me.
Then I stood for 40 minutes with the hose just misting as I didn't want to float  the seeds with  heavy hosing. I discovered I could hold the hose in my right hand and weed with my left. This had an added benfit of being able to wash any attached soil off the weed roots. 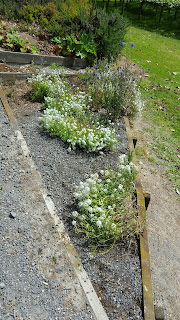 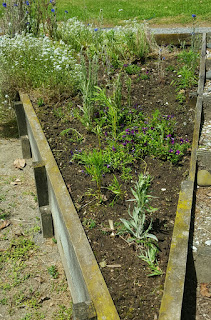 The plants that were left are white alyssum, blue cornflowers, purple violas , coreopsis and some tiny poppies.
Last year it attracted a lot of bees . It is right next to loads of rosemary so they don't have far to go.
*****
I have added some motifs to felt ball # 26 but I have mainly been outside.
****
All the old kiwifruit  stalk removal is finished. Hurrah! Now we are bud thinning which is much easier and kinder on my hands. Thus far we have a really good crop of Kiwifruit buds. Sam and Mae the official buds counters were in yesterday and left us with a great result. We are wise enough to know there is a long way to go between here and harvest but at this stage it couldn't look better. So here's hoping ........

Off to hose some other parts of my garden now. I hope your weekend has been enjoyable or productive or both.
Posted by Ali Honey at 4:45 PM

Great to get in the garden at last...I can tell you have green thumbs by the look of yours with all the lovely produce :)

you have certainly been busy x wish we could share that cake it looks delicious ... you would have time to make another one before Christmas xx lol x

You will definitely have needed to water your garden today, so nice to feel summer temperatures. I haven't even thought about my Christmas Cake - next grocery shop maybe .....