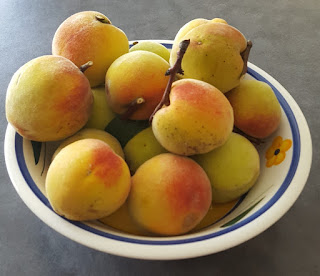 This is the last of the peaches. We have eaten them raw and I have poached and frozen some and given others away. ( most develop rots within 48hours of picking ) So work fast! 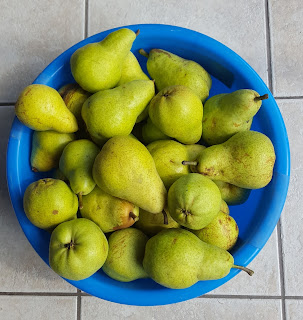 The William bon Chretien pears ( also known as Bartlett pears in NZ ) have been prolific but I picked this final lot as the wasps and birds were making them disappear too fast. After a short while these will begin to change to yellow and are very juicy and sweet. They are nice raw or cooked.

Lots of pulling out of vege plants that have done their thing. Tomatoes particularly. I am clearing all plants from the unsightly old poly house. R is going to pull it down and replace with a smaller structure.
In the flower garden, which is just hanging in there because of watering restrictions, I am planting a few new daffodils and freesias.

At the moment we are getting really high tides. 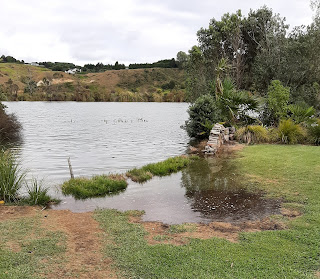 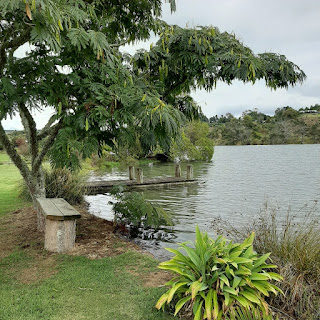 So far since we have lived here the jetty has never been underwater but apparently it has happened ;the neighbours have photos.

What I'm going to tell you may sound a little creepy, and maybe even kind of "strange"

HOW would you like it if you could just hit "PLAY" to listen to a short, "magical tone"...

And magically attract MORE MONEY into your life???

What I'm talking about is hundreds... even thousands of dollars!!

Do you think it's too EASY??? Think something like this is not for real?

Well, I'll be the one to tell you the news..

Usually the greatest miracles in life are also the EASIEST!!

Honestly, I will provide you with PROOF by letting you PLAY a REAL "magical money-magnet tone" I developed...

And TOTALLY FOR FREE

YOU just click "PLAY" and the money will start coming into your life.. starting almost INSTANTLY..

GO here NOW to PLAY the mysterious "Miracle Wealth Building Tone" - it's my gift to you!!

Water restrictions certainly make life difficult in the garden. We are on very strict restrictions here too, but fortunately the extreme heat has passed and we are getting some rain (although our water supply dam level is still falling). We are getting some nice steady rain right now. So nice to her on the roof. Our tomatoes have just about finished, but out beans are just coming to their peak. We have picked our first few raspberries, which are very late, and there are quite a few berries coming on. We now just have to beat the frosts. Enjoy your peaches and pears.

Your peaches and pears look wonderful. We have figs ripe here at present. Gardening is hard with the water restrictions, I remember Mum complaining when they were imposed in Tauranga.